A high school Information Technology manager will swap his computer screen for a windscreen as he competes at a national rally event this weekend.

Andy Darlington, from Mold, has been self-building rally cars for the past seven years and has been racing his life-sized toys at local night rallies.

The former Royal Air Force soldier has had a “long interest in rally cars” and began building and racing vehicles after resigning from the forces.

He said: “I served for 23 years in the RAF, and once I left, I had a lot more time on my hands. I originally decided to build night rally cars then developed them into full forest rally cars.”

Andy, who has managed the IT department at Alun School, in Mold, for just over a year, agreed that pupils are in awe of his alternative hobby and find it “cool.”

Andy’s co-driver, Carl Lumb, from Denbighshire, works at Airbus in Broughton and will be encouraging the year 12 engineering students at Alun School to get involved with motoring as he joins them on their visit to the Toyota Engine factory in Deeside this week.

Andy said: “Carl helped me a lot building this car, and we’ve been building and rallying together in this car for six years.

“We race with two cars normally – Carl has his own rally car, and normally I navigate for him while he drives his car, then he navigates for me while I drive mine.”

But this weekend, Carl and Andy will be racing the multi-purpose rally car that they’ve been screeching through local lanes for over six years for the final time at the Great British Rally in Chester.

“This is the last rally for this car and it will be quite sentimental. And, we are very grateful for the support and sponsorship form iData without which competing would be extremely difficult.  We’re building a bigger and better car for next year.”

The World Rally Championships round will be hosted in Chester from tomorrow until Sunday, which Andy and Carl aspire to compete in in future as they name it “the British version of Formula 1.”

The pair are currently preparing to compete in the National GB Rally, as part of the Wales GB Rally, from Friday to Sunday, starting under the Eastgate Clock in Chester.

The weekend configures the penultimate round of the FIA World Rally Championship 2017, and Andy is looking forward to his “ceremonial start” around the Cheshire track.

He said: “It’s not all about winning, finishing is the first thing. At our level, it’s about going out and enjoying the sport. Me and Carl like to have a laugh.

“The more money people have to go into the cars, the quicker you go. Our cars are self-built and we’re doing what we can on a budget. It’s all about having a laugh and a good time.”

Carl and Andy would like to spread thanks in advance to their friends’ support at the Rally, and to Clwyd Vale Motor Club who will be servicing the car before and after the event and sponsors iData Com Ltd. 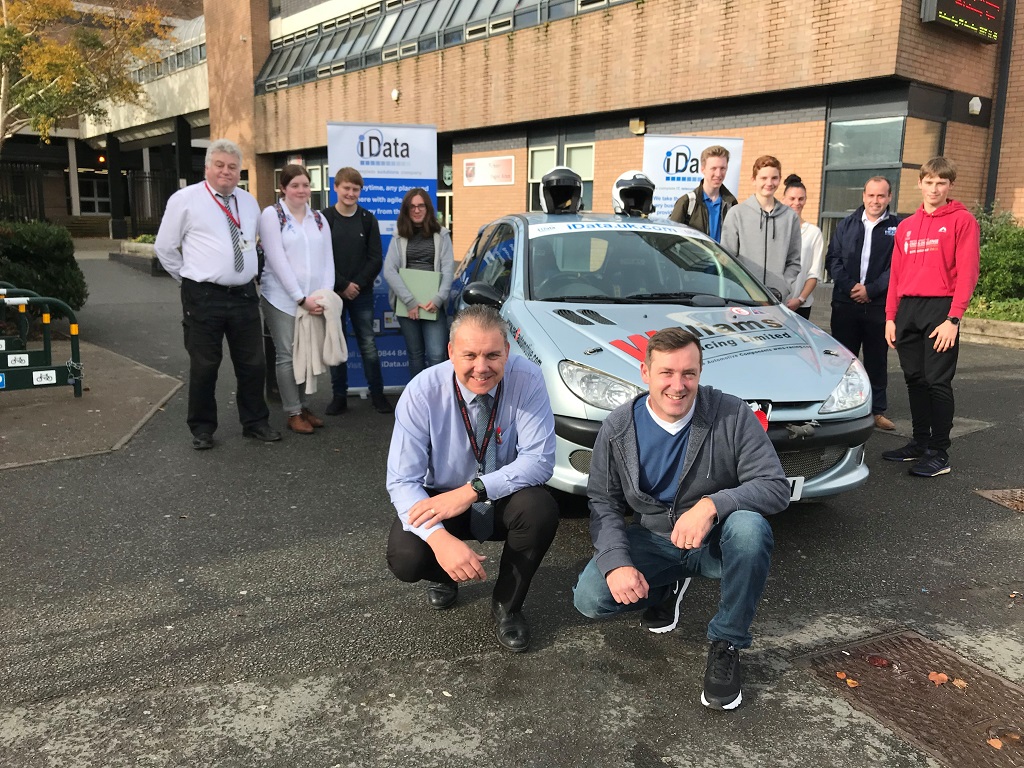 END_OF_DOCUMENT_TOKEN_TO_BE_REPLACED

Posting....
Click here to learn how your business can prepare for the ISDN Switch-Off