A recent dinner with guest speaker, Sam Warburton, Wales and British Lions captain was held at Mold Rugby Club. The sell-out event took place over the august bank holiday weekend in a specially erected marquee at the club’s ground.

The event was organised by honorary club secretary, Sian Griffiths, to raise funds for Jillion Potter, captain of the 2016 USA Olympic women’s rugby sevens team. She suffered a broken neck in a game in 2010 that could have left her as a paraplegic and later was diagnosed with stage 3 Synovial Sarcoma cancer in 2014.

Five months after experiencing her dream of becoming an Olympian, in January 2017, the Denver rugby player discovered that the cancer she thought she had beaten in the two years leading up to Rio Games had returned with a difficult prognosis.

iData were the main event sponsor and the £50 a head tickets were snapped up by rugby fans keen to meet Sam and support the cause. The evening was a huge success with Sam entertaining the audience with games, a Q&A session and charity auction. The party continued in to the early hours with DJ and disco and was hailed a huge success. 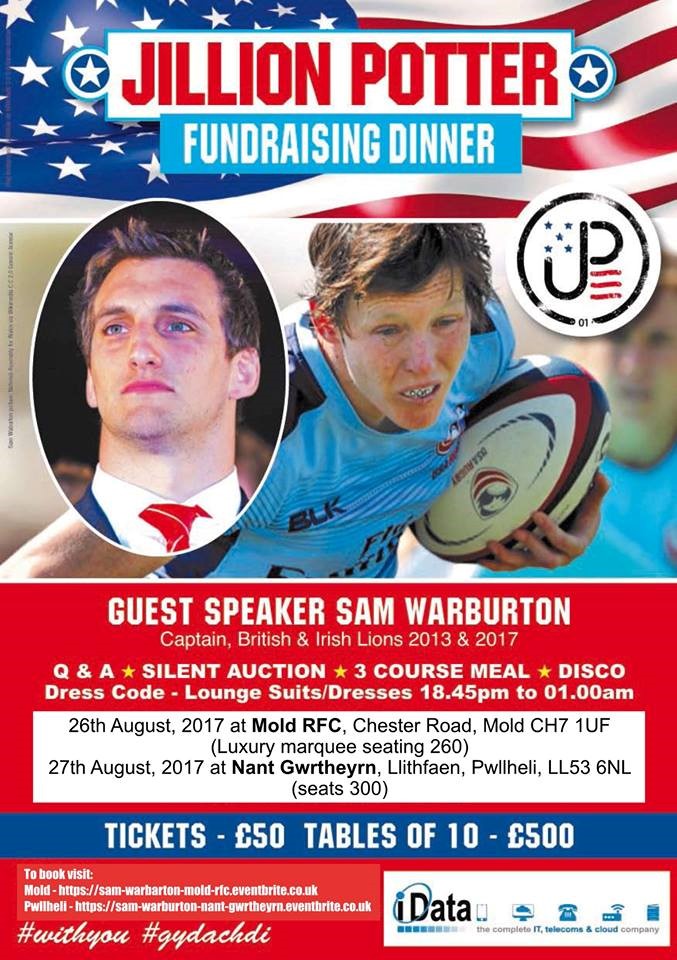 END_OF_DOCUMENT_TOKEN_TO_BE_REPLACED

We use cookies to ensure that we give you the best experience on our website. If you continue to use this site we will assume that you are happy with it.OKRead more